The top 9 shows on Netflix this week, from ‘The Good Place’ to ‘Cobra Kai’

The final season of NBC’s “The Good Place” became available to stream on Netflix last week, which has boosted the series up the streaming giant’s popularity rankings.
“Cobra Kai” has surged in popularity after moving from YouTube to Netflix. Netflix announced on Friday that the third season would debut in January and that it renewed the “Karate Kid” sequel for a fourth season.
But they couldn’t beat Ryan Murphy’s “One Flew Over the Cuckoo’s Nest” prequel, “Ratched,” which remained Netflix’s most popular series for the second straight week.
Netflix introduced daily top 10 lists of its most viewed movies and TV shows in February (it counts a view if an account watches at least two minutes of a title).
Every week, the streaming search engine Reelgood compiles for Business Insider a list of which TV shows have been most prominent on Netflix’s daily lists that week.

Below are Netflix’s 9 most popular TV shows of the week in the US:

Description: “Bea Smith is locked up while awaiting trial for the alleged attempted murder of her husband and must learn how life works in prison.”
Rotten Tomatoes critic score: N/A
What critics said: N/A
8. “Schitt’s Creek” (Pop TV, 2015-2020)

Description: “Suddenly broke, the formerly filthy-rich Rose family is reduced to living in a ramshackle motel in a town they once bought as a joke: ‘Schitt’s Creek.'”
Rotten Tomatoes critic score: 93%
What critics said: “There are finales of shows that stay with us and give a beautiful sendoff to their characters, and I’m proud to say that ‘Schitt’s Creek’ is among the most amazing.” — The Mary Sue (season six)
7. “Sneakerheads” (Netflix original, 2020-present)

Description: “Family man Devin falls back into his sneaker obsession after his pal Bobby talks him into a wheeling-dealing scheme to score a mythical pair of kicks.”
Rotten Tomatoes critic score: 40%
What critics said: “Where ‘Sneakerheads’ unfortunately falls flat, however, is the lack of portrayal of adults who sensibly participate in sneaker culture.” — Thrillist (season one)
6. “The Blacklist” (NBC, 2013-present)

Description: “After turning himself in, a brilliant fugitive offers to help the FBI bag other baddies, but only if rookie profiler Elizabeth Keen is his partner.”
Rotten Tomatoes critic score: 91%
What critics said: “For now, there appears to be a legitimate shift in how [Red and Liz] talk with one another. The power dynamic is as balanced as ever, which makes for a far more compelling race to the next big reveal.” — TV Guide (season six)
5. “Cobra Kai” (Netflix original, 2018-present)

Description: “Decades after the tournament that changed their lives, the rivalry between Johnny and Daniel reignites in this sequel to the ‘Karate Kid’ films.”
Rotten Tomatoes critic score: 94%
What critics said: “Season 2 of the YouTube series is, if anything, better than the first — a teen soap, largely, which also packs a wryly nostalgic kick.” — CNN
4. “Cocomelon” (Netflix original, 2020-present)

Description: “Due to an error, self-absorbed Eleanor Shellstrop arrives at the Good Place after her death. Determined to stay, she tries to become a better person.”
Rotten Tomatoes critic score: 97%
What critics said: “A comedic appraisal of philosophy, morality, and the meaning of life. All of this was made palatable to network TV viewers with the help of winning stars, joyful puns …  and a lightness of tone that kept things defiantly frivolous.” — The Atlantic (season four)
2. “Jurassic World: Camp Cretaceous” (Netflix original, 2020-present)

Description: “In 1947, Mildred Ratched begins working as a nurse at a leading psychiatric hospital. But beneath her stylish exterior lurks a growing darkness.”
Rotten Tomatoes critic score: 60%
What critics said: “‘Ratched’ lacks sustained faith in the power of its human drama.” — RogerEbert.com 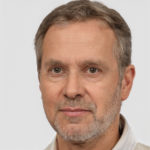 Aron Greaves is a 35-year-old business writer who enjoys camping, theatre and working on cars. He is British. He started studying sports science at college but never finished the course. He is allergic to Brazil nuts. He is obsessed with cosplay!

How Dan Sundheim became the LeBron James of investing, launched one of the hottest hedge funds on earth, and minted a billion-dollar fortune along the way

Harry Styles, An Icon, Was Simply Too Famous To Play Elvis, Another Icon

Sneak Peek: The Teen Mom: Young And Pregnant Cast Is Coming Together For The First Time